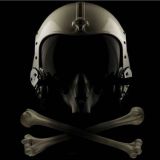 CYXUrwy33 לפני 9 שנים 0
Target too slow - suggest we get out and walk.
השב ↓•קישור קבוע•Report

Jeffrey Babey לפני 9 שנים 0
lol....no doubt. Be like watching the Final Countdown when the F-14 Tomcats went up against the Japanese Zero's....no contest.
השב ↓•קישור קבוע•Parent•Report

tim mitchell לפני 9 שנים 0
The Simpsons...right?..lol....we need to bring back a few p-51s for this kind of thing...cheaper on fuel
השב ↓•קישור קבוע•Parent•Report

tim mitchell לפני 9 שנים 0
notice how they said it wasn't clear if the fighters had even intercepted it...they prolly blew past him/her by about 100 miles before they were radioed it had landed..lol
השב ↓•קישור קבוע•Parent•Report

Jeffrey Babey לפני 9 שנים 0
Never saw the Simpsons version of the Final Countdown but your right about the P-51's! lol
השב ↓•קישור קבוע•Parent•Report

tim mitchell לפני 9 שנים 0
They have an episode where "sideshow bob" steals the Wright Flyer at an airshow...they scramble two jet fighters to intercept him....they end up passing and saying "target to slow-suggest we get out and walk....They chase it carrying nets and sticks.
השב ↓•קישור קבוע•Parent•Report

Michael Yockey לפני 9 שנים 0
This doesn't seem like a very good use of a couple million dollars to me.
השב ↓•קישור קבוע•Report

Have you guys lost your marbles ? This is a news media article. New media, guys, remember ? For those of you who did not pay attention in junior high school social studies, the news media is in business to sell news that excites & makes sense to the general public, so they can sell advertising space.

That explains why, for so many years, anything that happened in aviation was reported as a "Piper Cub". The news media eventually "gets it" - you have to be patient...and pleased when they do "get it" - that is why I was relieved, for about half hour after the tragedy on 9-11-01, it was being reported that a "Cessna 150" ran into the Twin Towers.

So, guys - let's not try and make sense out of this nonsence.

Now - getting back to the real world, i have a question. Any of you guys fly VFR? My understanding is it could be as much as half a day before, if you miss reporting in that you've landed on a VFR flight plan, before they notify SAR.

As for IFR, after that funny incident in the north plains, it is my understanding that if you fail to respond after about 20 mins. or so, and/or miss your next "hand-over", SOME kind of paperwork can be generated. I dont know for sure. I personally make it a practice that if it is a slow day, and I DONT hear anyone on the frequencies I am assigned (and/or handed off to) I call em up and say "hi".

Hopefully, SOMEONE reading these posts 1) actually DOES know what they are talking about and 2) will enlighten us.
השב ↓•קישור קבוע•Report

stuartsm לפני 9 שנים 0
The article states that radio contact was lost somewhere near Ventura which would indicate the pilot was well clear of the Los Angeles Bravo airspace. Along that route of flight are a couple of restricted areas, one adjacent to Pt. Mugu NAS (which is very close to the Ventura VOR). Further north there is restricted airspace overlying Vanderburg AFB. The last restricted airspace he could have encountered is R2513 just inland from Big Sur. If he remained clear of these restricted areas and didn't blow through any Class C or D airspace he wouldn't be required to talk to anybody until he was approaching Monterey.
השב ↓•קישור קבוע•Parent•Report

stuartsm לפני 9 שנים 0
Looking at the flight log on Flight Aware is confusing. He is flying at 6k which is well below MEA's along his route of flight. This could explain the concern if he was NORDO and too low to provide separation from aircraft arriving and departing from numerous airports along his route. If he was VFR he's not a VFR cruising altitude. Curious ..
השב ↓•קישור קבוע•Parent•Report

See my post above. You are trying to make sense out of something reported in the commercial news media. That is just plain nuts.


Hopefully, someone who 1) DOES know what they are talking about and 2) is not the least bit interested, AND places ABSOLUTELY NO VALUE ON crap he or she saw in some news media article, will get in here and tell us what is REALLY going on.

Now - for those of you who like "conspiracy theories" - how about this. SOME of us believe that TSA/HOMELAND SECURITY is already a dangerous, over-grown monster, that is trying to gain more power, influence and budget authority. I have heard rumors they are even starting to set up road-blocks on highways to inspect surface traffic. If any of THAT is correct, it would not surprise me if they are trying to prove they are better at "fighting for our freedoms and protecting us" than current FAA proceedures - and maybe it was THEM who got military aircraft involved?

Ahhh...the joys of being ignorant, getting partial info. from even more ignorant people, and coming to conclusions without knowing or caring what the REAL WORLD facts were......!
השב ↓•קישור קבוע•Parent•Report

Colin Payette לפני 9 שנים 0
There's no reason for you to be such an asshole to everyone. We don't know what happened and neither do you, so chill out.
השב ↓•קישור קבוע•Parent•Report

Colin Payette לפני 9 שנים 0
No, don't shut up. Peter is a self-righteous jerk who should go work for the NTSB if he's so concerned.
השב ↓•קישור קבוע•Parent•Report

Colin - i do not recall indicating i am "concerned" about news media articles about aviation. Nor do I recall expressing an interest in government employment.

Stuartsm - i do not recall asking you to shut up. I do recall you making some assumptions in here, which you admit you got from news media. It is a free country. Each of us should feel free to make public as wild a set of nonsensical assumptions as thir personal needs require.

In my case, i do not have enough experience in aviation to compete with you fine folks - I have only been flying up and down the California cost, (amongst other places) often IFR, mostly Flight Following since that was established, since the late 1950's....so what do I know...
השב ↓•קישור קבוע•Parent•Report

stuartsm לפני 9 שנים 0
Peter, its guys like you that take the fun out of conversing on the Internet. I understand the burden you are carrying, its a huge job to be right all of the time. I would be willing to bet that you are a pretty good guy in person and we could enjoy talking flying together. On this board, not so much. Over and out.
השב ↓•קישור קבוע•Parent•Report

James Sullivan לפני 9 שנים 0
I live on the east coast. We routinely observe f-15's circling behind one of our local CAP 172's. Happens once every six months or so. They are strictly training missions. They inform no-one prior to the training, so it leaves the local media to it's messed up suppositions. I know the CAP pilot. He is based in a hangar next to mine. This training happens on the CONUS coastlines.
השב ↓•קישור קבוע•Report

homburge לפני 9 שנים 0
OK, so let's look at this rationally.

First, you don't get a flight track on Flightaware unless you're IFR or on flight following, and then sometimes the track isn't complete.

Second, the track shown in the referenced link is probably an IFR flight: it's complete, and the plane was at 6000 with little deviation for the whole way.

Third, check out the filed flight plan: it's airways and direct-VORs. Looks to me like a pretty standard coastal-IFR route from LA to the SF areas. I do that route when I want to watch the scenery.

Fourth, we don't even know if this is the plane that got scrambled on. Or if this plane's radios failed.

My bet -- something else was going on.

To me, it first seemed like another waste of government money. Or not. Maybe they were scheduled to do some type of flight training that day. Ever fly VFR through an active MOA? You could become a practice target doing that. But why chase a 172 off the central CA coast (unless the plane infringed Vandenberg)?

We just don't know enough from this published story.

One day I was flying near Lemoore (Central CA Valley) on my way down to Las Vegas. The military treated me to an incredible dogfight, at one point corkscrewing from probably 20K feet down near the ground about two miles from me. The controller was nice enough to point these guys out to me and, I tell you what, it was a better show than the Blue Angels.

Were they also checking me out, or seeing how close they could come to me to do their maneuvers? Don't know. But I enjoyed it. And I asked the Joshua guys if they could match Lemoore's show!
השב ↓•קישור קבוע•Report 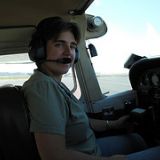 Erika Amir לפני 9 שנים 0
What a bizarre article. Must have been a slow day to go after a 172 in the middle of the valley.
השב ↓•קישור קבוע•Report

chalet לפני 9 שנים 0
I agree with you otherwise the pilot of the C-172 after realizing that he lost radio contact he should have proceeded as per the prescribed procedure and fly to the hearest airport squaking 7600, entering the pattern after checking for traffic, fly down the runway at 300-500 ft rocking the wings and wait for the green light.
השב ↓•קישור קבוע•Parent•Report

chalet לפני 9 שנים 0
Since he was flying VFR he could have flown all the way to destination avoiding restricted/prohibited airspace with no need to communicate with anybody along the way but in these times when the Air Force is on the watch for suspicious airplanes as they consider them potential threats, it is highly advisable to land ASAP after the radio conks out, fix it and only then continue onwards.
השב ↓•קישור קבוע•Parent•Report