Return to Browse Photos
Upload Your Photos
Share This

Mark Thomas4 years ago
Well, you can't get much closer than that!! Nice shot John!
Report 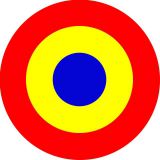 Grant MacGregor4 years ago
Why is nose gear not on the tarmac ?
Report

Grant MacGregor4 years ago
End of take off roll ?
Report

JM32Photo Uploader4 years ago
It's a landing
Report

Peter Singh4 years ago
Beauty shot but it's got to be a take off..no smoke from the tyres if it's landing
Report

JM32Photo Uploader4 years ago
Thank you. It's a landing. Note the inboard thrust reverser.
Report

lordfarringdon4 years ago
Nice shot John. Can anybody tell me why only the inboard reversers are applied on the A380? Are they even fitted to the outboard engines? If they aren't, why not? If they are , why aren't they used? My guess is something to do with heavy takeoff rejection in which case all thrust reversers are applied, otherwise just the inboard two are activated for normally landings. Perhaps A380 wingspan is the culprit with too many rwy landing lights blown away but that cant be true since takeoffs obviously use all four engines and damage would be far greater from them. Anyway, beats me. Anybody know?

Viv Pike4 years ago
@ Lordfarringdon - this is what Airspace Magazine had to say about this, and I quote:

"With the Airbus A380 weighing in fully loaded at 1,265,000 pounds, you might think stopping it within a reasonable distance after landing would require a Phalanx of Heavy-duty thrust reversers.

Truth be told, in the megaliner’s braking system, thrust reversers are the least critical components. Airliners are not required to have thrust reversers, and only the two inboard engines on the A380 are equipped with them. The decision not to install reversers on the A380’s two outboard engines saved weight and lowered the chances that those engines, which sometimes hang over runway edges, would be damaged by ingesting foreign objects.

The two reversers do help slow the A380—but not by much. In fact, unlike the thrust reversers on most airliners, including the Boeing 747 jumbo, they do not stop the aircraft in a shorter distance than brakes and spoilers alone. They do, however, take some of the strain off the brakes and are useful if water or snow makes the runway slippery."
Report

lordfarringdon3 years ago
Thanks Viv! That clears that mystery up!!
Report

This website uses cookies. By using and further navigating this website, you accept this.
Dismiss
Did you know that FlightAware flight tracking is supported by advertising?
You can help us keep FlightAware free by allowing ads from FlightAware.com. We work hard to keep our advertising relevant and unobtrusive to create a great experience. It's quick and easy to whitelist ads on FlightAware or please consider our premium accounts.
Dismiss