נשלח לפני לפני 3 חודשים
United will be modernizing its fleet with 15 new supersonic aircraft from Denver-based aircraft manufacturer Boom Supersonic. As part of the terms of the agreement, United Airlines will purchase 15 of Boom's Overture series aircraft, with the possibility of adding 35 more aircraft in the future. This acquisition will not only modernize the airline's fleet but minimize their carbon footprint, as the Boom Overture aircraft has the ability to run on 100% sustainable aviation fuel, netting… (aeroxplorer.com) עוד...

Lots of obstacles to overcome first before it can happen. I would guess between 2027 and 2030. If ever. Noise, emissions, FAA & EPA regulations, Federal laws prohibiting Mach 1.0 over the U.S. etc. A "woke" Congress, a hostile EU and EASA all present some barriers. I worked the Anglo French Concorde program in the late 70s and early 80s (from the FAA side) and know what Boom and United are up against. But it doesn't hurt to try.

mbrews לפני 3 חודשים 20
- Not planning to book a flight on this one. Had a look at the PR videos from Booms chief engineer. No sign of serious experience developing ANY aircraft. The development effort resembles a high school science fair project. Lot of hubris from this gang; in the video they even criticize the Concorde development team for taking time to do so much wind tunnel testing....
השב ↓•קישור קבוע•Report

Torsten Hoff לפני 3 חודשים 29
I didn't watch the PR video you mention, but if true, that's a pretty condescending attitude -- what were the engineers supposed to do at the time? Wind tunnels (and especially supersonic ones) were state of the art, and without them the Concorde could not have been developed. Even now they are used to validate the fluid dynamics modeling done in supercomputers.

The Concorde is an incredible feat of engineering, not just for its time but even now.
השב ↓•קישור קבוע•Parent•Report

Mark Kanzler לפני 3 חודשים 5
SR-71, SST, Concorde, and the Russian variant were all major accomplishments.
As was the X-1 and X-15 et. al.
השב ↓•קישור קבוע•Parent•Report 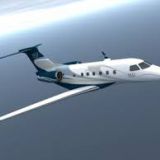 jbermo לפני 3 חודשים 5
You would expect that giant Boeing would have re-visited their old SST project for themselves if they had thought that such a market was viable.
השב ↓•קישור קבוע•Report

jptq63 לפני 3 חודשים 9
Using some estimates of: ~ 3,500 miles NY – London; 1,000mph (~ 650 speed of sound x 1.5); gets about a 3.5 hour trip (ground delays, etc…), I view as a fair estimate. Presuming plane seats 50 people (articles indicate 55 max capacity) would indicate min crew of 3 (likely 4, 2 pilots & 2 flight attendants) and think would let United operate plane under their scope clauses as region aircraft. Nice way to get a return on margin; i.e. lower crew pay (net time), likely higher price per seat premium (what is a business or first class ticket cost now? Say $2000 - $3000 per seat x 50  $100,000 to $150,000 per flight revenue), more time to use this configuration from multiple flights per day, likely reasonable demand from customers…. Wonder how much each plane costs and fuel burn (of what bio-fuel used).
השב ↓•קישור קבוע•Report

jptq63 לפני 3 חודשים 5
Just a little bit more thoughts, per a Wiki info post --- the airliner is planned to have a range of 4,500 nmi (8,300 km) --- does not give it range to Tokyo from United West coast hubs (SFO or LAX); Anchorage is about 3,500 miles from Tokyo, so a refuel or plane change stop? Nice mid-trip break to stretch the legs? Note, the Wiki info indicates a Mach 2.2 as well vs. the 1.7 Mach in the article. That is a bit of a wonder why the speed difference concern to me right now....
השב ↓•קישור קבוע•Parent•Report

Torsten Hoff לפני 3 חודשים 4
They might not even need to overnight the crew if there is a matching return flight.
השב ↓•קישור קבוע•Parent•Report

dee9bee לפני 3 חודשים 7
I doubt it. IF, I say IF this ever comes to fruition, I don't think UA would risk the chance of a crew "timing out" on such a prestigious service. The cost of a crew layover would be small, compared to the overall cost of the service itself.

I suspect that the contract between Boom and UA is miles long and United holds little financial risk in the whole thing at this point.
השב ↓•קישור קבוע•Parent•Report

mbrews לפני 3 חודשים 3
Good point about risk vs reward of the non-disclosed contract. United airlines makes a modest commitment to purchase a few dozen planes IF they get built and licensed.

One might wonder if United Airlines also made an equity (stock) investment to help fund Boom Supersonic company ? Considering the Silicon Valley venture background of Boom's CEO and board members, Boom's equity owners are highly incentivized to advance this to a lucrative IPO payout, regardless whether the conceptual plane ever sees the light of day.
השב ↓•קישור קבוע•Parent•Report

Torsten Hoff לפני 3 חודשים 1
Boom also has a contract with the US Air Force for the development of a VIP aircraft. I’m not sure how much that is worth, but it shows some faith by the government that the program will be successful.
השב ↓•קישור קבוע•Parent•Report

mbrews לפני 3 חודשים 1
Thanks for the tip. I see the grant was Sept 8 2020. And awarded under a USAF program for innovations with future military aircraft. IMO, Boom Supersonic is hype and hope until they fly a prototype. Boom is staffed with venture capital people from software and IT companies. All their backgrounds can be viewed on the company’s website.
השב ↓•קישור קבוע•Parent•Report

Torsten Hoff לפני 3 חודשים 1
The prototype (tail number N990XB) has been rolled out and should start the flight test program this year.
השב ↓•קישור קבוע•Parent•Report

mbrews לפני 3 חודשים 1
Lets have full disclosure : What exactly is tail N990XB ? Look at the press photos. Its a small scale ONE PERSON AIRCRAFT. Basically a 3-engine clone of the supersonic T-38 Talon training plane developed in 1959. In fact, it uses the same small GE engines.

It is NOT a prototype of a 90 passenger supersonic jet ; it does NOT use a Rolls Royce engine that Boom claims to be in development. IMO its a token, so that Boom waves their hands and says - Look at us ! we actually flew our science project !
השב ↓•קישור קבוע•Parent•Report

Rainer Lutz לפני 3 חודשים 4
I don't know what United management drove to support this startup hustle. Maybe they urgently need some kind of "positive" publicity in these times. I hope they still beleive in physics, which tend to be not favourable for supersonic transport beyond military purposes. At least they added a big disclaimer in the newsfeed saying, they will only take the planes if they meet "demanding safety, operating and sustainability requirements". So back to physics: This may never happen.
השב ↓•קישור קבוע•Report

dick watson לפני 3 חודשים 6
Once upon a time, Pan Am took reservations for flights to the moon. Great PR. Meant nothing. Just saying.
השב ↓•קישור קבוע•Report

bpforest לפני 3 חודשים 2
More frozen pets at Mach speed? Or, would they be in the cabin as comfort animals?
השב ↓•קישור קבוע•Report

Peter McGrath לפני 3 חודשים 6
This is great! Supersonic aircraft flown only by pilots meeting the woke diversity criteria. I think I'll stay far away from this one. Actually, may be smart to stay well away from United!
השב ↓•קישור קבוע•Report

Boris Biggins לפני 3 חודשים 2
IF this comes to fruition, and the cost is not stupidly more expensive than regular flights, I'd be on it like a duck on a June bug if they offer flights to HI from Denver. Hey, I can dream cant I?
השב ↓•קישור קבוע•Report

matt jensen לפני 3 חודשים 2
So far as I know, the FAA, has never allowed supersonic speeds over the continental lasnd mass. Military has different rules. I remember the SR71 that flew from Beale to McCoy in leaa than 45 min - mach 3/4
השב ↓•קישור קבוע•Parent•Report

Jasper Buck לפני 3 חודשים 1
No civil supersonic operation in the U.S. per Federal Statutes and Regulations. Here they are;

FAR Part 91 Subpart I—Operating Noise Limits
§91.817 Civil aircraft sonic boom.
"(a) No person may operate a civil aircraft in the United States at a true flight Mach number greater than 1.."

Much more in both the statute and the regulation about conditions, limitations and exceptions but generally for testing and such. United Airlines won't be jetting back and forth at M 1.7 anytime soon. IMHO.

Torsten Hoff לפני 3 חודשים 1
That’s why they are focused on intercontinental routes for the aircraft, but much research has gone into mitigating the sonic boom, including test flights over densely populated areas of the US to get feedback on the noise from the public.
השב ↓•קישור קבוע•Parent•Report

Jasper Buck לפני 3 חודשים 2
Yes. NASA has been using the XB-1 and X-59 projects for years now to come up with a "soft"boom wing. Both projects need more funds and are months/years behind schedule. Plus there are still the noise and emissions hurdles to get over. Plus they're advertising SFO to NRT in 6 hours but with Booms advertised range of 4250 mile the flight will run out of gas over the North Pacific since the route is 4550 miles.

Plus they can't quite figure out how they can make it all work and still meet the FAA's fuel requirements of FAR 121.645. I.e. fuel required to get to the destination, plus 10% of that plus to the required alternate.

United of course said, in it agreement with Boom that, "United will purchase 15 of Boom's 'Overture' airliners, once Overture meets United's demanding safety, operating and sustainability requirements." In other words it ain't going to happen until Boom can show that it meets ALL statutory and regulatory requirements. And, in my opinion, that is not going to happen any time soon. I've seen all this before.

Roger Anderson לפני 3 חודשים -1
Basically the same story. The idea is not to have multiple threads discussing the same topic.
השב ↓•קישור קבוע•Parent•Report

mary susan watkins לפני 3 חודשים 1
I saw the story on this in both the national news and local news..this is a very big deal for ual,and it does bring them sort of "back to the future",if you remember the concorde from a few years ago, that were no longer used after one crashed in france..i saw one of them at my local airport taking off many years ago, and it was noisy,but beautiful to watch!..needless to say,the quotes on what the airfare will be are very high as would be expected,and to begin with these planes will be used for international travel only..i wish ual the best in this "futuristic" endeavor!they are investing a lot of money into it..
השב ↓•קישור קבוע•Report

darjr26 לפני 3 חודשים 0
So while we taxpayers are paying the salaries of all their employees, United is out buying supersonic aircraft. That seems fair.
השב ↓•קישור קבוע•Report

United Airlines today announced a commercial agreement with Denver-based aerospace company Boom Supersonic to add aircraft to its global fleet as well as a cooperative sustainability initiative – a move that facilitates a leap forward in returning supersonic speeds to aviation.