נשלח לפני לפני 2 שנים
Washington (CNN) The Transportation Security Administration is considering eliminating passenger screening at more than 150 small and medium-sized airports across the US, according to senior agency officials and internal documents obtained by CNN. The proposal, if implemented, would mark a major change for air travel in the US, following nearly two decades of TSA presence since the terrorist attacks of September 11, 2001, and comes as the Trump administration has stepped up screening measures… (www.cnn.com) עוד...

bbabis לפני 2 שנים 7
I am no fan of TSA. I applaud any effort to reduce their numbers. That said, this is a typical idiotic idea. Terrorists will always take advantage of the weak link. Security MUST be uniformly applied at all airports and it should consist of well trained profilers.
השב ↓•קישור קבוע•Report

Sean Sims לפני 2 שנים 6
Isn't this the same agency that basically says, "Without us you're all going to die from a terrorist hijacking!!!1! Terrorists are everywhere and can use almost anything to get a weapon on a plane. Therefore we need to look through your clothes and grab your junk...you know, for safety!"? When then would they ever (publicly admit they'd even) consider letting anyone fly anywhere without screening?

Last I checked a regional/feeder jet flying into a building has a pretty significant impact too. Sure, it's not going to do as much damage as a 7X7 or 3X0 but it's still going to leave a mark and instill fear (the real motivator). And lets not even start on the "coordinated attack" idea...3, 4, 5 flights from the same (or nearby) small/medium airport that did away with screening all being hijacked at the same time.

See, I don't work for the TSA and I can already come up with some plausible scenarios that make this seem like the worst idea ever.

Remember when Pittsburgh recently started allowing non-flying people onto the airside again? The flight attendants union published a scathing letter including this gem,

"Flight attendants are the last line of defense on an aircraft and as first responders, we know this move by TSA is a bad idea that needs to be reversed. Aviation security relies on a layered approach where if terrorists breach a layer, second and third layers come into play to protect us. Letting our guard down in Pittsburgh or any other airport for the benefit of retailers is not the right approach to airline safety and security."

That required everyone to go complete screening. I can only imagine the (somewhat justified) backlash from the flight attendants and pilots that will start if this idea goes through.
השב ↓•קישור קבוע•Report

scott8733 לפני 2 שנים 10
This is the most asinine thing I've heard of. Let's take DTW for example and all of the tiny feeder planes which go into terminals B&C. They'd literally have to redesign that entire concourse just for rescreening. Methinks if the federal government wants to save $115M- have our congressional 'leadership' start with blocking and tackling on spending bills.
השב ↓•קישור קבוע•Report

Chris B לפני 2 שנים 4
Guess why the 9/11 went through Portland Maine to get to Boston. Portland was a weak link.
השב ↓•קישור קבוע•Report

mary susan watkins לפני 2 שנים 3
having worked at a major airport before 9/11 and after tsa was implemented, I can tell you this is a really dumb idea..the whole point of extra/stronger screenings of passengers was to prevent tragedy and promote safety..yes, it has needed some changes through the years,but this proposed plan would not save money, because different checkpoints would have to be created for those from smaller cities on commuter aircraft,and airports would have to remodel entrances and exits at the gates and checkpoints as well..checked baggage would have to be re screened through the x ray machines at the larger connecting airport also,causing twice the time and movement of baggage carts and personnel on the ramp...
השב ↓•קישור קבוע•Report 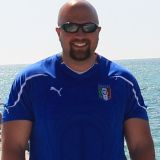 anthony delmonaco לפני 2 שנים 3
If they're going to speed up screening times, then so be it(we all know that's not happening). When I fly from BGR to LGA, oftentimes you've got exactly -4 minutes to get off the RJ, onto a bus, into the terminal and then to your connecting flight. I don't see it working at all. It will cost them more to reconfigure all of the major hubs that the regional carriers service.
השב ↓•קישור קבוע•Report

Martin Cooper לפני 2 שנים 1
This is the BEST IDEA that TSA ever came up with since it was the BEST IDEA it came up with to start SCREENING. YOU Can now get APPS that shows every plane in the air and you can get all the DATA about that FLIGHT. Americans are the most SCARED folk on PLANET EARTH. Get rid of ALL this STUPID SCREENING, and make flying TIMELY and enjoyable again.

mary susan watkins לפני 2 שנים 1
martin cooper..although I agree that going through the screening process,taking off shoes and having to be "patted down" on occasion is a nuisance,( I worked at the airport and had to go through that process daily!) I also am old enough to remember when everyone was allowed to go to the gates without a boarding pass,when everyone just walked by a "security guard"without any type of screening,and when the biggest threat to airline travel was a person who wanted to hijack an aircraft to cuba or as in the case of db cooper many years back,have a gun, a lot of stolen cash, and jump out of an open exit door! the world has changed from a simpler time,to people using aircraft as a personal machine of destruction,and the u.s. airports are not alone in "serious" screenings of passengers..it has become a part of life today,just as metal detectors at schools or public buildings are..everyone hates it..by the way, there is "expedited" screening available for some who are willing to pay a fee for that,and airline employees and flight crews must all go through the same security checkpoints as the passengers ,bags,shoes, carryons and all..
השב ↓•קישור קבוע•Parent•Report

RECOR10 לפני 2 שנים -1
Maybe with current leadership things will change. But, currently, as a Proud American I find it disgusting that we as a nation are fighting yesterdays battle today, over and over and over again. We are not allowed to "profile" people (think El Al). Then again, now someone gets offended if they think someone who is not even in the room may be offended about the thing that was said that is not even offensive...where is my "safe space"? I need to blow some bubbles....
השב ↓•קישור קבוע•Parent•Report 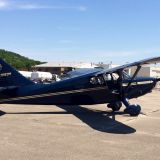 bizprop לפני 2 שנים 1
Clearly the nations best and brightest don’t work at the TSA. They need to focus on making the screening process more efficient. Eliminating passenger screening at any airport is asking fo trouble. Obviously the lessons from 9/11 are already being forgotten.
השב ↓•קישור קבוע•Report

ADXbear לפני 2 שנים 1
So we show the bad folks a weak point in our system, they enter through this weakness, and enter a sterile TSA cleared area at a major airport.. how does this help?.. are these people thinking? There are bad people wanting to do real bad stuff to us again..
השב ↓•קישור קבוע•Report

wx1996 לפני 2 שנים 3
According to the proposal, passengers and luggage arriving from these smaller airports would be screened when they arrive at major airports for connecting flights instead of the current practice of joining the already screened population at the larger airport. The high-volume airports have greater capacities and more advanced security measures than smaller locations, the documents say.
השב ↓•קישור קבוע•Parent•Report

RECOR10 לפני 2 שנים -2
You can trust them, they are the Government. They are after all here to help.....
השב ↓•קישור קבוע•Parent•Report

Daniel Baker לפני 2 שנים 1
The article explains, "According to the proposal, passengers and luggage arriving from these smaller airports would be screened when they arrive at major airports for connecting flights instead of the current practice of joining the already screened population at the larger airport. "
השב ↓•קישור קבוע•Parent•Report

Ken McIntyre לפני 2 שנים -1
My guess is these connecting passengers will have priority at screening stations in the major airports. A bit of a hassle, but...that's life.

It's very likely something I will have to deal with as I live near Pullman, WA and Lewiston, ID. So, ok, I'll deal with it.
השב ↓•קישור קבוע•Parent•Report

RECOR10 לפני 2 שנים -5
TSA on a whole is a worthless agency. They do NOTHING to keep us safer, some delusional folks think it helps. So, that moap loser Reid gets a shoe bomb, we all take off our shoes (stupid). You cant have a freaking tweezer on a plane (this keeps who safe?).

Take a bunch of undereducated idiots with a GED, give them a badge and the authority to ruin your vacation or business trip and go figure. TOTAL waste of tax dollars. I have ZERO respect for any idiot with a TSA badge as they are delusional in thinking they prevent anything at any time in any place.
השב ↓•קישור קבוע•Report