נשלח לפני לפני 3 שנים
The National Transportation Safety Board said in a tweet it was sending a team to investigate. The NTSB investigates the most serious engine failures and conducted a probe of a similar Southwest incident in 2016 involving the same type of engine. In that incident, a fan blade snapped off a Southwest 737-700 engine mid-flight (www.mysanantonio.com) עוד...

Ben Bagnall לפני 3 שנים 4
these Engines are well maintained. At certain intervals based on engine times ( hours of operation), or cycles ( The number of times started, run up to full power such as during take off, and then shut down) inspections are performed.
There are frequent visual inspections, sometimes using a borescope, which has a camera on the end of a snakelike arm which can reach inside the “hot section” of the engine. Also these aircraft are subject to trend monitoring, which graph their performance overtime utilizing different parameters in order to gauge the health of an angel. At a “hot section” inspection, the engines are Partially dismantled to access the hot section which includes the critical parts. These are carefully examined for defects. Many of the critical parts are life limited, which means that they have to be retired from service at a certain number of hours are cycles Regardless of condition. When an engine reaches its overhaul time, determined by hours in service, cycles, or condition, then it receives a major overhaul, where it is completely dismantled and rebuilt. This can easily cost over $1 million or more. Even after all this, parts can still fail. Airliners are designed to fly well with an engine failure, And crashes following engine failures in airliners are extremely rare.
The failure of some of the parts resulting in uncontained catastrophic engine failure is concerning. They ask a great deal of these hot section components which are subject to extreme temperatures and forces in order to get the performance needed.
השב ↓•קישור קבוע•Report

Ben Bagnall לפני 3 שנים 1
If one blade comes off it creates an imbalance which results in catastrophic failure within seconds. The engine literally vibrates itself to pieces. I invite you to look at the pictures of the engine...does it look like just one blade has fallen off?
השב ↓•קישור קבוע•Report

Larry Zimmerman לפני 3 שנים 1
The majority of the reporting says one blade in the fan disk was missing, but that seems like a lot of damage to the shroud for one blade. I wonder if something back in the compressor sections didn't start the whole thing...
השב ↓•קישור קבוע•Report

Dee Ried לפני 3 שנים 1
Is it true that most of the airlines have the maintenance on planes done across the pond because labor and parts are cheaper? Maybe El Salvador??
השב ↓•קישור קבוע•Report

Ben Bagnall לפני 3 שנים 1
Actually, no, that’s not true. Of course there are shops all over the world because there are aircraft all over the world, few industries are more regulated. US airlines are required to control their maintenance. Btw, El Salvador is not “across the pond”, unless you are in Europe,
השב ↓•קישור קבוע•Parent•Report

Dee Ried לפני 3 שנים 1
Thanks and I didn't mean to imply that El Salvador was across the pond...I should have put "OR" in there. I did not remember the exact place in the article.
השב ↓•קישור קבוע•Parent•Report

Dee Ried לפני 3 שנים 1
The article that I read at an earlier date that I was unable to remember the facts. https://www.nbcdfw.com/news/business/Southwest-Airlines-Will-Send-Planes-to-El-Salvador-For-Maintanence.html
השב ↓•קישור קבוע•Parent•Report

taterhed1 לפני 3 שנים 1
SWA took delivery of the engine and the airframe in 2000.
So, highly unlikely (impossible?) that the engine is not part of the original delivery.

Not sure, are those numbers typical or high?


The 2016 incident prompted the Federal Aviation Administration to issue a proposed airworthiness directive calling for enhanced ultrasonic inspection of the fan blades of that particular engine type, the CFM56-7B manufactured by CFM International, a joint company owned by General Electric and France-based Safran Aircraft Engines.

Sadus לפני 3 שנים 2
The only fake news is that fake news is a thing. I'd ask you to post a specific example of fake news but that's ok, who knows what other insane things you believe too.
השב ↓•קישור קבוע•Parent•Report 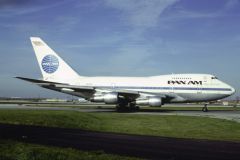 I heard SWA buy second hand b737 engines out of Victorville and Roswell from older retired 737's so imagine how worn the engines would be and is that a engine they got from the desert floors and shoved it on this little Boeing?.
השב ↓•קישור קבוע•Report