נשלח לפני לפני 2 חודשים
A small plane (Piper PA-28 Cherokee) caused a stir this morning when it landed on a highway near Quebec City. Motorists who were driving on Highway 40 near the municipality of St-Augustin-de-Desmaures alerted the police around 10:40 a.m. Sgt. Helene Nepton of the provincial police said the aircraft landed without incident, and nobody on the plane or on the highway was injured. (montreal.ctvnews.ca) עוד...

Paul Wisgerhof לפני 2 חודשים 20
Excellent piloting job putting it down between the two sets of overhead signs. As the old saying goes, "Any landing you can walk away from is acceptable; any landing where you can fly the plane the next day is excellent."
השב ↓•קישור קבוע•Report

ToddBaldwin3 לפני 2 חודשים 16
Very nice landing. I was amused at the folks filming the landing. They just kept on driving, like it was not a big deal.
השב ↓•קישור קבוע•Report 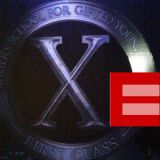 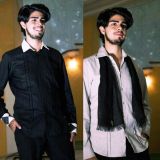 Francesco Di Rosa לפני 2 חודשים 8
At the end of the video they just looked at their right like it was another slow car. Great landing btw!
השב ↓•קישור קבוע•Report

Greg S לפני 2 חודשים 7
Oh that was awesome, merged smoothly right into traffic using the "vertical" lane. It almost looked like he was going to take the exit and leave the highway.
השב ↓•קישור קבוע•Report

Rick Hunt לפני 2 חודשים 11
Bill: You obviously have no piloting or instructional experience. Since small planes have landing speeds close to average vehicle highway speeds these kind of emergency landings rarely result in any vehicle damage or injury. This pilot did a great job....
השב ↓•קישור קבוע•Report

bbabis לפני 2 חודשים -7
Please look at qualifications before posting Rick. My statements come from plenty of experience, both good and bad in many aspects of aviation. I did not say the pilot did a bad job. The pilot was forced to do a good job due to a poor decision. Aircraft to auto collision is not the only concern. Collision with obstructions or stalling to clear that last one can lead to disaster. Associated accidents between autos will often occur due to surprised, distracted, and rubbernecking drivers. Nothing gets safer simply by getting away with it. Actually, the opposite is true.

Phil Stanley לפני 2 חודשים 4
Good job! We do what we have to do!
השב ↓•קישור קבוע•Report

Phil Caron לפני 2 חודשים 3
Remember that the pilot in command is the sole decision maker when faced with an emergency. He/she did the best they could according to what they saw over the cowling and the wingtips. Lots of what ifs in the comments, but you were not there experiencing the issue, so please!
השב ↓•קישור קבוע•Report

Robert Morency לפני 2 חודשים 3
No other choice, l. The pilot performed well So did the drivers.
השב ↓•קישור קבוע•Report

Scott Campbell לפני 2 חודשים 3
I'll just pull over here in the Emergency lane, thanks for letting me in !
השב ↓•קישור קבוע•Report 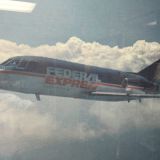 The only good thing from this very poor decision is that no one was hurt. As I have said in every instance like this, a pilot has no right, even in a real or perceived emergency, to endanger additional innocent people with their problem. The news coverage further encourages pilots to think that busy roads are a suitable landing area in an emergency. From the video, so much more could have gone wrong here. Come on Instructors! Teach your students well.
השב ↓•קישור קבוע•Report 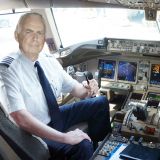 Jasper Buck לפני 2 חודשים 10
What makes you think that this incident was a "very poor decision" on the part of the pilot?

The aircraft, a Piper Cherokee PA28-140, was said to have had a mechanical issue. Hard to say what that the issue was but the prop was windmilling at the time of the landing which leads me to think that the engine failed.

So what was the pilot supposed to do? He (or she) couldn't use the median it was full of lamp posts, looking off the highway we can see rolling hills, more lamp posts, a lot of trees, buildings, etc. Perhaps from the pilot's perspective landing on the highway between the cars was his only or best option. His approach speed was probably about the same speed of the cars (Cherokees aren't that fast). He just had to fit in as it were.

So just what are your qualifications? You said in another message that "my statements come from plenty of experience, both good and bad in many aspects of aviation." Fair enough. Tell us what your aeronautical experience is. Certificate(s), ratings, hours, etc.

bbabis לפני 2 חודשים -4
FA is not for pissing contests Jasper. You should know that. And with all that experience. it is a shame that you either missed or forgot a basic of instruction. Do not endanger others. The "B" in the ABCs of emergency landings is "B"est landing area. The first prerequisite of that is away from people and buildings. A crowded highway doesn't quite fit that check box. Open roads, might. We do not know and probably never will know all the details of this event and the hand this pilot was dealt. My only concern is the media calling pilots that land on busy roads heroes and the like which could put that silly idea in the head of the next pilot faced with a similar situation and as we both know there will be. In an emergency, the pilot has the absolute authority to do whatever is necessary to deal with the situation, but if those actions kill or injure someone on the ground, the liability is also absolutely with the pilot. Food for thought. Congrats on the great career.
השב ↓•קישור קבוע•Parent•Report

I generally agree with that statement. But, from a U.S. standpoint there is plenty of information that helps the pilot learn how to handle an emergency situation, the risks involved in the decision making process, and the knowledge the pilot must demonstrate during his/her airman practical test. Please read and study all the following which I think will give you a better understanding of the handling of emergencies in an aircraft.

(b) In an in-flight emergency requiring immediate action, the pilot in command may deviate from any rule of this part to the extent required to meet that emergency.

When you've digested all the foregoing get back to me. Oh, and I ask again, what are your qualifications? It would be nice to know if I'm talking to a non-pilot, student pilot, an ATP pilot, etc.

ginbudjim21 לפני 2 חודשים 10
You still angry at the wise instructor who washed you out of flight training years ago ??
השב ↓•קישור קבוע•Parent•Report