On Air Force One, No Lightening Up on Burgers and Cake

נשלח לפני לפני 6 שנים
WASHINGTON — A blue-cheese burger with lettuce, tomato and garlic aioli, accompanied by Parmesan-sprinkled fries. Chocolate fudge cake. Pasta shells stuffed with four cheeses, topped with meat sauce and shredded mozzarella, and served with a garlic breadstick. Cake infused with limoncello. Buffalo wings with celery, carrots and homemade ranch dip. Such was the fare served to passengers aboard Air Force One during a particularly grueling three-state day on the campaign trail just before the 2012… (www.nytimes.com) עוד...

James Carlson לפני 6 שנים 1
I was with it and enjoying the menu up until "ranch dip." With wings? That's just so wrong.
השב ↓•קישור קבוע•Report

Steve Dietrich לפני 6 שנים -2
The taxpayers provide a 747 a spare helps and a fleet of limos to get him around mostly for fundraising and golf. The FBI IRS doj dhs and dod keep track of and discourage his opponents.
השב ↓•קישור קבוע•Report

John Kliewer לפני 6 שנים -2
Nothing President Obama has done or ever will do will pale in comparison to the global train wreck caused by your hero W. Nothing!
השב ↓•קישור קבוע•Report

Robert Benjamin לפני 6 שנים 3
Since you haven't the necessary adult brain function to grasp the idocy of your statement I'll let it go as I've neither the time nor inclination to demonstrate to you how utterly stupid your comment really is.
השב ↓•קישור קבוע•Parent•Report

David Medders לפני 6 שנים 0
Typical Obama, "My subjects shall eat according to Michelle's amateur nutritionist prescription, while I will each cheeseburgers and chocolate."
השב ↓•קישור קבוע•Report

HowSwedeitis לפני 6 שנים 2
No. The policy is to educate Americans (particularly school children) about healthier OPTIONS. Not once has President Obama or First Lady Obama said "NO ONE shall EVER eat cheeseburgers & chocolate." The first lady's initiative is simply to urge people to make OVERALL healthier food options.
השב ↓•קישור קבוע•Parent•Report

s. j. drake לפני 6 שנים 6
I don't care for his politics but his choice of food is outstanding!
השב ↓•קישור קבוע•Report

Debriefer לפני 6 שנים 0
I logged in JUST to see what the Professional-Obama-Hate-Team would say in reaction to this story.

Hmmm...wonder what the reaction might have been had the current user of Air Force One NOT been a Black Man?
השב ↓•קישור קבוע•Report

Kevin Sparks לפני 6 שנים 0
You tried turning this into a race issue? The way this administration tries to force their "we know what's best-deal with it" attitude down our throats, I don't think it would matter if he were purple, green, or polka dot, you'd get the same reaction! Now, I'm going to call you an idiot, and if you don't like it "sue me!".
השב ↓•קישור קבוע•Parent•Report

Nicholas Camera לפני 6 שנים -3
Has nothing to do with his color but all to do with his socialist policies (and failed policies) regarding security, the economy, the IRS, Benghazi, VA hospitals, Iraq, among others.
השב ↓•קישור קבוע•Parent•Report

HowSwedeitis לפני 6 שנים 3
Socialist policies? No.
Security: Who was President when Bin Laden was killed? Who was President when 9/11 occurred? Who was President when Iraq was invaded & managed horribly?
Economy: Have you seen the latest jobs numbers? The Dow JUST broke its record...
The IRS: Right, because Obama personally intervened in that. You do know that anti-war and liberal groups were scrutinized too, don't you?
Benghazi: I'll get enraged over that just as soon as the GOP formally apologizes for forcing the state department to cut their security funding prior to the attack and when every member of the 2003 White House staff apologizes for the illegal invasion of Iraq which cost how many American lives again? Also, one of the perpetrators of the Benghazi attack has been taken into custody, so...
VA: President Harry Truman had issues with the VA. This is nothing new... GOP members have had countless opportunities to vote yes on bills aimed at fixing the VA but have chickened out thanks to the tea-bagger party.
Iraq: Like Gerald Ford during the fall of Saigon, Obama is completely out of options, save for another invasion which is a terrible idea. (It was then and is now.)
השב ↓•קישור קבוע•Parent•Report

Debriefer לפני 6 שנים 2
Exactly WHAT does "socialism" have to do with the VA Hospital problem??? The VA is corrupt in the middle, with mid-level management ordering deliberate falsification of wait-times and other records SO THAT THESE 'EXECUTIVES' COULD QUALIFY FOR A SALARY BONUS. Sounds like pure dog-eat-dog capitalism!

Also what-in-the-world does socialism have to do with Benghazi, which was again a mid-level executive screwup at State Department?

AND AS FOR IRAQ, THE SCREW-UP WAS THE WORK OF BUSH, CHENEY, THE NEO-CONS, ETC. Where were the "socialists" here???
השב ↓•קישור קבוע•Parent•Report 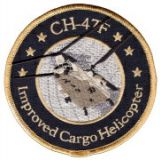 Matthew Unger לפני 6 שנים 2
Just a little correction here-- Benghazi. The "Stand Down" order can ONLY come from the Commander in Chief. ONLY. NO ONE ELSE. So, either he gave it, or someone else (illegally) did. That is NOT Mid-Level. It is BY LAW ONLY AT THE TOP.

silverio califano לפני 6 שנים -3
Our tax dollars are hard at work! I wonder if Michelle is eating only what she preaches!
השב ↓•קישור קבוע•Report

Robert Benjamin לפני 6 שנים 0
Yet mrs president wants our school children to eat cardboard for lunch and if the schools don't serve this crap they are out federal funds. What a bunch of Hypocrites.
השב ↓•קישור קבוע•Report

HowSwedeitis לפני 6 שנים 2
Ummm, no... Cardboard? That's a bit of an exaggeration, wouldn't you say? The stance isn't never-ever, it's about right balance. By the way, too many schools are serving "crap" right now. A healthier option for American school children is a good policy.
השב ↓•קישור קבוע•Parent•Report

must be nice to make over a million a year, tax free being prez....free travel, free food, free everything. so out of touch with your business it could turn into a communist state overnite and you wouldnt even know it.

plus your wife is ugly and dog is stupid.
השב ↓•קישור קבוע•Report

Kurt Anderson לפני 6 שנים -1
Only thing wrong with your post is, dogs are smart, they listen to us and do what we want them to.
השב ↓•קישור קבוע•Parent•Report 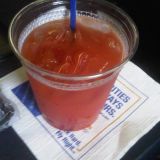 Roger McHugh לפני 6 שנים 7
Since the US education system obviously failed you, I feel obligated to provide a complimentary US Civics lesson. The US President makes $400K, pays taxes, and receives a monthly bill from the white house for food and incidentals (e.g., laundry, toiletries, and other services provided).
השב ↓•קישור קבוע•Parent•Report

james pomerville לפני 6 שנים 1
The US education system is nothing to brag about ..
השב ↓•קישור קבוע•Parent•Report

BaronG58 לפני 6 שנים 5
Please furnish a picture of your wife/girlfriend....so we can comment. Not Obama fan but this is wrong.
השב ↓•קישור קבוע•Parent•Report

ToddBaldwin3 לפני 6 שנים 6
I'm reading this just before lunch, as i trudge down the hill to the post DFAC, wondering what kind of institutional swill they'll be serving today,
השב ↓•קישור קבוע•Report

ToddBaldwin3 לפני 6 שנים 4
Well, the loaf part is right. Not too sure about the meat part.
השב ↓•קישור קבוע•Parent•Report