The Boeing 737 Max does not appear close to flying again

נשלח לפני לפני 3 שנים
Boeing's future rides on the success of the 737 Max. But all of those planes remain grounded, waiting for the world's aviation regulators to approve a software fix that will make them safer to fly. The 737 Max does not appear close to flying again. Aviation experts doubt global regulators will act in concert to approve the 737 Max for flight, because serious questions remain about how and why the FAA approved the 737 Max for flight and whether it rushed the certification process. (www.cnn.com) עוד...

Michael Enzmann לפני 3 שנים 6
I do not understand the self-certification process as reported. As manager of an engineering group in the EU, I supplied at least 1 engineer at all times to help create standards for our industry segment. Once published, we were responsible for meeting the EC standards. All product sold, and mine was mobile equipment ground based, not aircraft, needed the EC certification or Declaration of Conformity. We self certified and supplied a list of documentation. It was interesting to review competitor product and see how they might have differently interpreted an EC standard, a product of self certification.
השב ↓•קישור קבוע•Report

Alan Dahl לפני 3 שנים 0
It’s pretty much the same process at Boeing, the reporting hasn’t been exactly accurate. The difference is that it appears that the FAA rarely reviews the paperwork while I assume the EU actually does.
השב ↓•קישור קבוע•Parent•Report

Barry Aron לפני 3 שנים 11
So they took an older plane and tried to put bigger engines on it. But the bigger engines didn't fit under the older plane so they moved them forward. So now the newer version didn't handle like the older version so they wrote some software to make it handle like the older plane so they wouldn't have to inform or retrain the pilots and get recertified as a newer plane. But the secret software relies on two little gizmos that can malfunction and cause the software to make the plane uncontrollable (unless you pay extra for the gizmo disagree light). Seems like this disingenuous behavior will cost a whole lot more than building a new plane, calling it a new plane and showing pilots how to fly it
השב ↓•קישור קבוע•Report

milehighou לפני 3 שנים 4
The MAX should be finished. Redesign the entire plane, spend the money and do it right. Quit trying to piecemeal things together.
השב ↓•קישור קבוע•Report

John Yarno לפני 3 שנים 4
From the comments, it would appear that as delivered these planes may never fly again. Over all I am very sad to see Boeing make this big a blunder. This has got to hurt.
השב ↓•קישור קבוע•Report

Larry Toler לפני 3 שנים 13
All politics aside, I didn't think it was rushed as we all knew years prior the new version of the 737 was coming out. I'm blaming it on the corporate level and Boeong's investors for greed and quality control out the window. What happened to Total Quality Management ( TQM)?
השב ↓•קישור קבוע•Report

jhakunti לפני 3 שנים 6
Blame and fault goes to FAA who certified this aircraft. Ratio of blame should be 60% FAA 40% Boeing. Any airline that still wants this mess in their fleet deserve no payout from Boeing other than a refund and a right to switch to a different aircraft.
השב ↓•קישור קבוע•Parent•Report

Brad Littlejohn לפני 3 שנים 2
Bloody good question, especially considering that the last 3 CEOs of the company were all aerospace engineers.

Though it is even more interesting to note that those same last 3 CEOs all came from General Electric, with one of them coming from McDonnell-Douglas. You would expect that they should know about QA/QC with that type of background.
השב ↓•קישור קבוע•Parent•Report

john kilcher לפני 3 שנים 6
This a/c should have never been issued an airworthiness certificate. they overpowered the a/c with an envelope that warranted a band aid on the addition of the larger engines. Therein we know the aftermath and we'll have to wait for the DOJ to let us know how it feels about this aviation abomination. Both the FAA and Boeing have much to reckon with. The loss of people even though many of them were people of color, ( a hot button issue no doubt) leaves many really uncaring. If this travesty occurred in the u.s., Boeing would face a more brutal grilling. Sorry fellow aviation friends, that is really a part of the equation with regards to the resolution of this issue.
השב ↓•קישור קבוע•Report 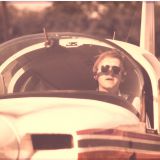 kamaole לפני 3 שנים 5
And now that the DOJ has been turned into a partisan tool, you can’t expect anything from there.
השב ↓•קישור קבוע•Parent•Report

dstans לפני 3 שנים -3
You are an idiot. Mr Holder did what? Stick to the matter at hand or don't waste other's time.
השב ↓•קישור קבוע•Parent•Report

Randy Marco לפני 3 שנים 2
Holder was the AG 3 years ago, we have had two MAGA idiots afterwards.... Barr is the current AG, who is a LYING, TRAITOR!
השב ↓•קישור קבוע•Parent•Report

lynx318 לפני 3 שנים 6
Yes Boeing did a bodge, but FAA needs to burn for their involvement and failure to do it's job correctly.
השב ↓•קישור קבוע•Report

John Ward לפני 3 שנים 3
Sorry for my ignorance, but, was MCAS in the planes specification or not? I understand it was not, and, had it been there would have been an instruction detailing switch off procedure. Please correct me if I have the original fact wrong!
השב ↓•קישור קבוע•Report

lynx318 לפני 3 שנים 1
MCAS is Standard on 737 MAX, The AoA sensor disagreement alarm system is optional, one of the major issues of this mess.
FAA at fault for allowing this option.
Boeing at fault for offering the option.
Airlines at fault for opting out of this function.
השב ↓•קישור קבוע•Parent•Report

Randy Marco לפני 3 שנים 1
BIGGEST issue was on top of the lack of redundancy, hiding the whole MCAS system from Pilots and Customers to sell more planes by saying the Max is NO different then all previous generations and required NO TRAINING or transition expenses, just a one hour tablet breifing. Just MAGA for the win!
השב ↓•קישור קבוע•Parent•Report

David Cason לפני 2 שנים 0
Randy, you make some good points in your responses, but have to add on your unrelated disdain for the current administration. Why is EVERYTHING political. Get over it and express your dislike at the voting booth and not where some of us would rather talk airplanes and flying.
השב ↓•קישור קבוע•Parent•Report

Randy Marco לפני 2 שנים 4
David let me enlighten you... both private and commercial aviation is inexorably intertwined with the government, PERIOD!

YOU are on an aviation forum and YOU don't understand this?   Maybe you should go to the Faux News forum and live in the world of deception, delusion and avoidance.

So let me give you the short bus explanation of what used to be obvious... EVERY aspect of commercial aviation, including "aeroplanes" of which this forum relates, is regulated by the FAA, a government agency.  Further, every non-private airport is paid for and operated by the government; and EVERYTHING related to the government, by definition, IS political.

Now, because you asked, factually the Repugnant's have become the party destroying our democracy doing everything possible for the sole benefit of Billionaires & Corporations. You apparently are unaware of the 2010 Supreme Court case "Citizens United", in which a 5-4 ruling (the 5 were Repugnant appointments) said that corporations are people and gave them UNLIMITED POLITICAL spending power, in effect allowing corporations to buy our government.

Additionally, this administration from top to bottom is completely inept & most corrupt in the history of our country, has the most unfilled government posts and Acting Directors in history, INCLUDING the FAA; of which aviation relates... right David?

The CEO of Boeing personally called trumpf and asked him NOT to ground the MAX and trumpf COMPLIED... until every other nation grounded and prevented the MAX from entering it's airspace, at which time trumpf finally made a statement he was grounding the MAX, just like a Dictator would, not a government agency acting in good faith.... subsequently the FAA has lost ALL credibility.  Is that NOT political David... trumpf deciding when and if the MAX should be grounded?

If you don't understand the foregoing YOU are complicit in destroying our democracy and are hopelessly and completely uniformed!

Finally, my comments about the MAX are completely on point.  Boeing has been granted self regulation, submitting their findings to the FAA for rubber stamp approval and who granted them that process... why it was the government David!

Yes, anyone that queries "why are politics" on an aviation forum, is in serious need of a civics education AND needs an understanding of the concept of critical thinking.... evidence of the very sad state our country is presently in! Said by a FORMER life long Republican.
השב ↓•קישור קבוע•Parent•Report