נשלח לפני לפני 3 שנים
New Delhi: Close Shave For 350 Passengers As Miscommunication Almost Leads To Disaster A tragedy was averted on Tuesday morning when two aircraft came face to face on a taxiway at Indira Gandhi International Airport. The incident took place around 7.30am when IndiGo flight 6E-769 from Lucknow landed at runway 1028 and entered taxiway E2. At the same time, SpiceJet flight SG123 -operating from Delhi to Hyderabad ­ sought permission to return to its bay for refuelling as it had been waiting for… (epaperbeta.timesofindia.com) עוד...

bentwing60 לפני 3 שנים 9
Ya know, I heard there was a mid-isle collision on 7 the other day at Walmart. Seems the Hatfields and the McCoys were rushing from opposite ends of the isle for a "blue light special". Just as relevant in the 24/7 news cycle, and go to an old folks home, half those people can't "walk" 40 metres. Sorry Er.A.K. no words of wisdom here, other than "to Err is human" and the 24/7 news cycle says so. Unless you are one of them!
השב ↓•קישור קבוע•Parent•Report

Er.A.K. Mittal לפני 3 שנים 1
Dear friend matt jensen, with due humility and without any malice
I shudder to imagine two 100+ ton aircrafts each moving at 10(assumed) knots in poor visibility getting into a head on collision !
Like impact of 100+ tons a/c hitting a stone wall at 20 knots !
Please help me understand it as a student of science and engineering.
And keep in mind the basics , the Newton’s laws of motion .
Regards
השב ↓•קישור קבוע•Parent•Report

bentwing60 לפני 3 שנים 11
Dear Mr.Mittal, the brakes on these airplanes will stop them in about 10 feet at 5 Knts. If you taxi much faster than 5 Knts. in a 1/4 mile vis. and fog, you are stupid.
השב ↓•קישור קבוע•Parent•Report

RAY GIBOULEAU לפני 3 שנים 1
The collision would not be like hitting a stone wall at 20 knots. It would be the same as hitting it at 10 knots, perhaps less, as the collapsing structure would absorb some of the energy that a stone wall wouldn't.
השב ↓•קישור קבוע•Parent•Report

Er.A.K. Mittal לפני 3 שנים 1
First of all let me correct myself about 'taxiing' speed being well under 5 knots and the braking ability to stop with in 10 to 15 feet.
Now coming to 20 knots (sum of the speeds of the two aircrafts) , kindly bear in mind the law of relative speeds.
I guess barring the 10 knots taxiing speed the rest is ok! It may also be understood in another (drastic) manner.
The momentum of a 100+ ton aircraft moving at 5 knots will be equal to a 1000 kg (2200 lbs ) car moving at 500 knots, (mass X velocity) ! And thus imagine the force of impact in each case, as far as the aircraft is concerned !
For calculating likely damage to passengers factors like resilience power of humans will have to be added which will act as shock absorber. Hence damage to humans in the two cases will differ.
But for the tin boxes , no change.
As ever, I'm open to correction/s .
Regards
השב ↓•קישור קבוע•Parent•Report

ChaosFreak לפני 3 שנים 5
Here's an artist's reproduction of what would happen if they hadn't stopped... horrifying!
https://www.youtube.com/watch?v=OdctnPIR5kA
השב ↓•קישור קבוע•Report

rapidwolve לפני 3 שנים 4
Ok Im confused...you de-roster an ATC because a pilot and first officer cant read where they are going?...if in doubt, stop where you are and flail your arms if u have to...Bay E doesnt look like Bay E2 to me
השב ↓•קישור קבוע•Report

Highflyer1950 לפני 3 שנים 2
I'll bet they could read where they were going, just couldn't see and confirm their position. 600 feet of vis or less is not a lot when on a taxiway. My issue is why the ground controller didn't have the inbound aircraft on E2 hold short of E, until the returning to gate/bay aircraft's position was confirmed. Either by radio, folow me vehicle or airport surface detection radar?
השב ↓•קישור קבוע•Parent•Report

rapidwolve לפני 3 שנים 1
If they could read where they were going, how did they end up in E2?
השב ↓•קישור קבוע•Parent•Report

James Derry לפני 3 שנים 3
What a sensational headline. No near miss, no one endangered at all. The one airlines "switched his engine off"????? Yeah, right. That would be a great SOP.
Lo vis, a confused pilot regarding his exact location (of course, doesn't have a moving map on an iPad, that's too advanced) blown all out of proportion and I wasted 10 minutes reading and commenting. Grrrrtt
השב ↓•קישור קבוע•Report

RECOR10 לפני 3 שנים 2
Why is that unfortunate? A near miss is a miss (and who decides what "Near" means?)
השב ↓•קישור קבוע•Parent•Report

joel wiley לפני 3 שנים 3
IMO, Tenerife, among others, was an example of a 'near miss'.
השב ↓•קישור קבוע•Parent•Report

Mike Mohle לפני 3 שנים 3
A "Near Miss" is otherwise known as a collision......
השב ↓•קישור קבוע•Parent•Report

Highflyer1950 לפני 3 שנים 2
Actually, I believe the term originally was meant to indicate that two aircraft were very "near" to each other but subsequently "missed".
השב ↓•קישור קבוע•Parent•Report

matt jensen לפני 3 שנים 0
Tenerife was a disaster in the wings - bound to happen someplace, sometime. Collison, not near miss. I'll be in LPA next week to ferry a/c back to owner.
השב ↓•קישור קבוע•Parent•Report

ChaosFreak לפני 3 שנים 4
Not necessarily. The KLM pilot in Tenerife took off without ATC clearance. That is something every pilot should know never to do. KLM admitted that its crew was at fault and financially compensated all of the victims, including those on the Pan Am flight.

The KLM pilot apparently "misunderstood" ATC and thought he had clearance. But on a foggy day at an airport without ground radar, that was overwhelmed with an unusual number of aircraft parked on the taxiways (due to diversions caused by a bomb attack in the Canary Islands), I would certainly re-confirm takeoff clearance before going to full power.

Referred to the OED:
1 A narrowly avoided collision or other accident:
‘she had a near miss when her horse was nearly sucked into a dyke’
‘the terrifying near miss took place at 4,500 ft’

2A bomb or shot that just misses its target:
‘he had escaped more than twenty near misses’

2.1 Something almost achieved:
‘a victory in Houston and a near miss in the finals of the French Open’
השב ↓•קישור קבוע•Parent•Report

Er.A.K. Mittal לפני 3 שנים 1
Read the whole story as reported.
And tried to understand in my limited way.
The incident occurred in my home town. So I venture to make certain observations in context of the Spicejet aircraft which entered the "wrong" bay.
For the present the ATC has been derostered.
But some questions arise , in my layman's head.
It is alleged that the PiC of Spicejet was unable to locate the Bay E , and due to some "miscommunication" he entered Bay E2 where another a/c was already coming from opposite direction.
There is a very important claim by PiC of "erring" a/c that in view of the poor visibility he had requested for 'follow me' service.
It seems that the service requested was never heeded to.
So who else are to blame in addition to the ATC ?
IMHO, at least some of those responsible for flight services management within IGI airport!
Education is solicited.
השב ↓•קישור קבוע•Report

Highflyer1950 לפני 3 שנים 4
Happens more than you think. When departing aircraft have to return to parking especially in low vis.
השב ↓•קישור קבוע•Parent•Report

Paul Wisgerhof לפני 3 שנים 2
Let me assume that IGI has radar for ground control. They should have noticed that the Spicejet missed the turn for "E" and had mistakenly turned into "E2." If the PIC requested ground following, why didn't he wait where he was until it arrived or ATC ordered him to proceed without it?
השב ↓•קישור קבוע•Parent•Report 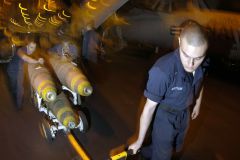 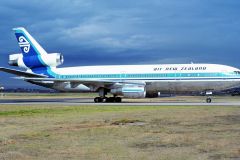 Who ever the idiot was that down voted your post...well...I imagine that the idiot is all about shutting down SMO....
השב ↓•קישור קבוע•Parent•Report