First flown in August 1952 could fly HIGHER than a U2 Spy plane. 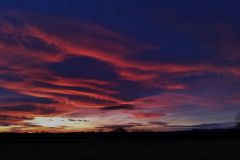 Allan HickmanPhoto Uploaderלפני 5 שנים
YES it is an A.V.ROE ( AVRO) Vulcan the FIRST of the B2 Models, its the ONLY VULCAN still flying Reg is G-VLCN of its Military Reg. XH 558
Report

jim gevayלפני 5 שנים
A beautiful plane, I hope the organization that maintains her can keep her flying for a long time.
Report

Allan HickmanPhoto Uploaderלפני 5 שנים
Its getting towards the end of its life Jim... spares are hard to find, engines are not available, Rolls Royce are trying to help, but drawings etc have long since been destroyed.There are just 2 engines left with a little time on them, but 2015 MIGHT be the final season, the BRITISH PEOPLE OWN this aircraft, HM Government pays NOTHING towards its upkeep... everything is by Public Donation, you can be very sure that it will be flown for as long as possible, before its parked up with whats left of the few that remain...
Report

Bob Hackneyלפני 5 שנים
This brings back neat memories ....In 1957; as a relatively new USAF Ground Control Approach (GCA) Controller, I performed an emergency approach landing for a RAF Vulcan at RAF Station Manston (near Margate, Kent in SE England). The USAF operated from RAF Manston w/F-84 Air Defense Command surveillance activities. The RAF pilot gave me a "jolly Good Show" comment on the radio when the approach/landing was successfully accomplished.
Report 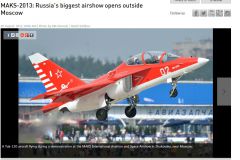 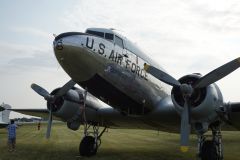 Murray Wilsonלפני 5 שנים
I do not think a plane this heavy with an enormous delta wing could fly as high as a U2 with a slender wing optimized for high altitude.
Report

That said, I remember watching them fly in and out of RAF Leuchars in the late 60s. Unfortunately, that was often during class so I was often reprimanded by my Scottish schoolmasters for daydreaming. My one and only close-up opportunity was during an Open House at Leuchars. I was somewhat disappointed because (1) it was well-guarded to keep everyone at a fair distance, and (2) the Vulcan doesn't look too impressive when it's on the ground. Its true beauty can only be appreciated when it's in the air.
Report

Allan HickmanPhoto Uploaderלפני 5 שנים
I have spoken with a Pilot today who says they regularly went above 70,000... why should they say HOW far above...PLEASE don't believe ALL you read in Wikipedia... I would sooner think a guy in the Cockpit would see from the altimeter how high they were.... Not really relavent though after Gary Powers... they went down into the WEEDS... you needed a good Radar to see them there....!!
Report